skip to main | skip to sidebar

White Space: the Other Design Ingredient

While reading a designer forum, I came across a conversation in which a self-admitted non-designer asked a question regarding why white space in design is important. She needed someone to point her into the direction of a web page, publication, or whatever that could easily explain this. One designer pointed her to this site, which I think is a pretty good example–in a humorous way. No disrespect to Microsoft, but there are more reasons to Apple's success in addition to just a great product. Here's the link. Enjoy!

Winning Dad: How Does Colby Trick His Homophobic Dad to Meet His Boyfriend Rusty?

Clearly, Darien Design entered a time warp yesterday when a Holiday 2012 post happened. Strange. Anyhow, here it is–the first day of June 2013–and DD is here to plug a new film being shot this summer by friends at winningdad.com. Well, that is if it can get enough money raised in the next few weeks via Kickstarter.com. Darien Design recently contributed time to create a "rewards" graphic for the Kickstarter page for Winning Dad. Please take a look (click the graphic to link to winningdad.com) and consider contributing to a movie that has great potential to being something special–just in time for Pride Month. All involved are wonderful, talent people–including the lovely Ellen McLain, perhaps best know for providing the voice of GLaDOS, the computer antagonist of the Portal video game series. 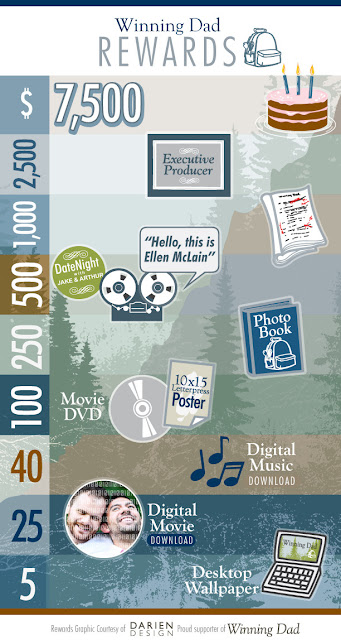 Posted by Darien Waggoner at 11:15 PM No comments:

Oh my how time flies! Seems just last week I was praying for rain and now, well, Christmas is upon us! Check out this tee at Zazzle.com. For an edgier version, check out my PinkEye! store. Shelves are bare--for now--but soon to grow. Happy Shopping this holiday! DD.

Every few years, a dear friend from the Big Apple travels west to the Pacific Northwest to visit with friends and family for an extended weekend. Traditionally on a farm in NW Oregon, the "not-so-annual" gathering consists for a lot of food, conversation, live music and all the loving comforts and joys of a reunion.

I've been honored again this year to design the official tee, screenprinted locally in Seattle. I decided this year to put the design on a few products on Zazzle.com for anyone who wanted something more, different, or didn't get an order in for the screened tee. All profits for Zazzle sales will go toward costs of Joelapalooza.

Have a great summer to everyone!

make custom gifts at Zazzle
Posted by Darien Waggoner at 11:50 AM No comments:

Destination Vacation! (all I ever wanted!)

The summer is in full stride and I realize I've been too busy to BLOG? WHAT? Okay, maybe there is no excuse but it has been a busy couple months moving into a new studio space for DARIEN DESIGN which is: Very. Exciting. This all coincided with the unfortunate luck of a small back injury. Life has a way of humbling you when you think you're on top of the world.

I thought I'd post a few designs I did awhile back in celebration of summer. These few were among many others designed for a client of a client. If you travel around this summer, you may just possibly–possibly, catch your eye on one. 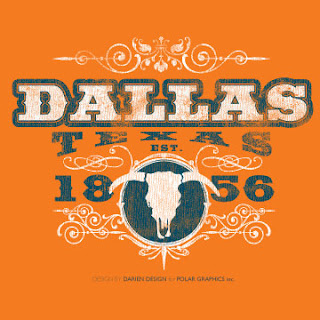 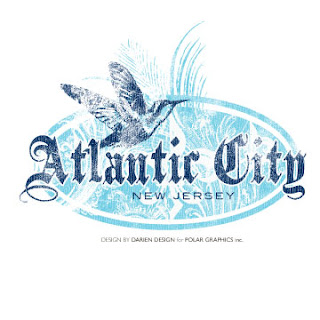 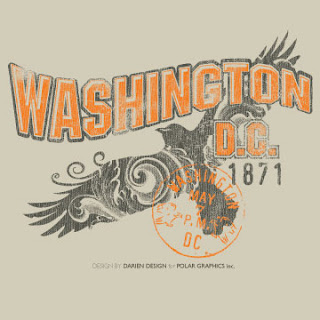 Everytime I Wake Up it's a New Month!

O...M...G. That's about all I have to say in regards to another big time lapse since my last entry. Funny how you can be busy as can be but you turn your head for a moment and a month goes flying by!

Darien Design is currently in a move to a new working office and I'm excited about new opportunities ahead and new irons in the fire. Whoohoo! Stay tuned.

Have a great week!

xoD.
Posted by Darien Waggoner at 9:08 PM No comments:

Yes, I will admit it. Sometimes it takes time to adopt new technology. Traditionally, I'm usually the type to wait to adopt new ways of doing things or adopt a new gadget, software, etc., until that time has come in which I feel it's appropriate for me to do so. Some creatives might see that as a flaw, but I don't. I prefer other people sleeping overnight at the Mac store and trying something new out first. And good for those enthusiast for doing their part. (But make a note: sometimes I may be willing to stand in the rain for the newest, greatest thing).

Twitter has been on standby for some time now and it was just this week in which Darien Design and Jupiter Soup™ have entered into the Twitter world. I'm pretty excited to start utilizing this social media and tap into that networking portal.

D.
Posted by Darien Waggoner at 1:09 PM No comments:

Darien Waggoner
Seattle, United States
I'm a Designer and Illustrator from Seattle who is inspired by the creative souls of others. The sharing of creative ideas, projects and life's moments are some of the things I love. I hope to inspire, as I have been inspired!